Gungahlin is a region located at the Northern side of the Canberra, in the Australian Capital Territory. Gungahlin is an aboriginal word meaning ‘little rocky hill’.

Holy Spirit Parish opened its doors to the Gungahlin community in 1993. Back then, the area’s population was relatively small. From the very beginning, the approach was to form a community that worked together to build relationships, welcome newcomers and encourage all to share their gifts. Fr Bernie Patterson, Sr Genny Ryan and Sr Anne Cougle were foundational members of the parish team. As the area of the Gungahlin developed, it became obvious that a new Catholic Primary School would be needed to cope with the demands.

To cater for the growing population, Holy Spirit Catholic Primary School, Nicholls was opened in 1996 with 152 students with Kerry Mabbott as the foundation Principal. The school was blessed by Archbishop Francis Carroll and officially opened by Mr Bill Stefaniak, ACT Minister of Education, on 23 October 1996.

With the school opening, a strong partnership was built between parish and school. This has continued with the opening of Good Shepherd Primary School in 2002, Mother Teresa Primary School in 2010 and St John Paul II College in 2013. The Holy Spirit Early Learning Centre opened in 2016. 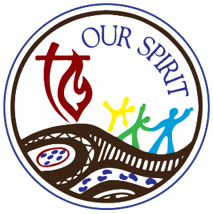 Over the years the school has peaked to over 800 students, with 28 classes and approximately 75 staff members under the Principalships of Kerry Mabbott, Elizabeth Moroney, Paul Russell, Tim Elliott and Anna D’Amico. The current Principal, Brad Gaynor, has led the school since 2017. Throughout the years, the charism and spirituality of the Holy Spirit continues to drive us as we educate the next generation.